Institutional Work of Regional Language Movements: Options for Intervention at the Regional Level Taken Brittany as an Example 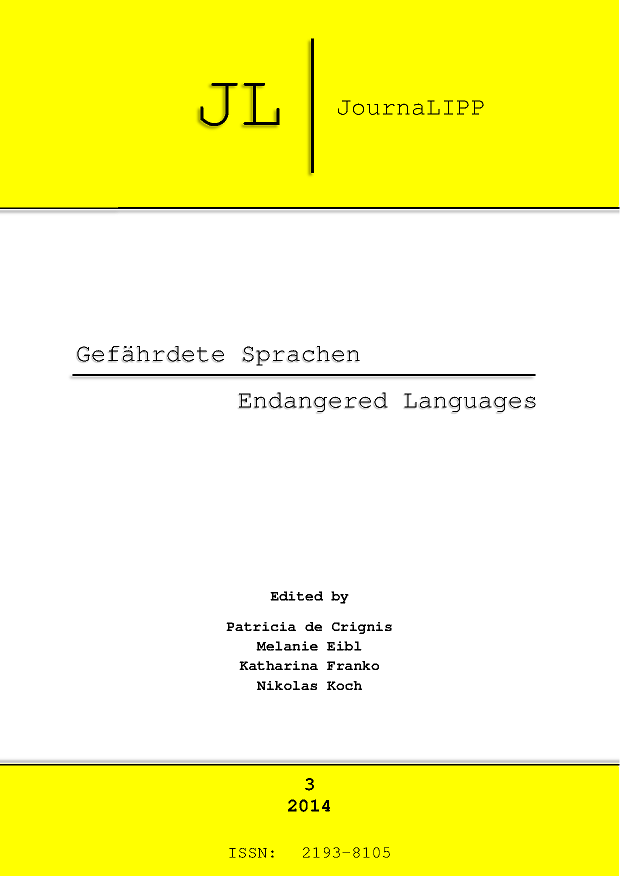 According to the UNESCO Atlas of the World’s Languages in Danger, the Breton language is severely endangered. While there were over 1 million Breton speakers around 1950, only 194,500 remained in 2007. The annual decrease in Breton speakers by 8,300 cannot be compensated at present, leading to the crossing of the threshold of 100,000 Breton speakers in about a quarter of a century. The constitutional amendment in 2008, according, for the first time, an official status to regional languages in France, did not provide any real benefits either, except for a higher legitimacy for regional politicians and other actors of regional language movements to implement languagesensitive promotional measures. In this regard, the region of Brittany is a pioneer, as it has demonstrated a high commitment to the promotion of the Breton language since the mid-nineties. In this context, this paper investigates what possibilities exist for locallevel authorities and other strategic actors in the field to encourage the social use of a regional language in all domains of life. First, the sociolinguistic situation in Brittany is outlined and evaluated using secondary data. Second, a qualitative study (in-depth interviews) was conducted to provide further insights into the interdependencies between the different actors in the field of the Breton language policy, and revealed options for policy instrument development by regional governments. Institutional theory is used as a theoretical framework in order to assess distinct practices and instruments for promoting a regional language. Existing and frequently claimed measures are assigned to different forms of institutional work (e.g. mobilisation of support, imitation of best practices); they are performed by the stakeholders in the field and are aimed at boosting the social use of a language. From this institutional perspective, we observe intensive efforts by single persons, organisations and communities (institutional work) and solutions (institutions or socially accepted practices) for introducing institutional change. There is still additional and unused room to manoeuvre at the regional level and a lack of planning for operational implementation. The analysis shows that three forms of institutional work should be further developed in particular, namely: mimicry, theorising and educating. Educating is especially important as it translates into a demand for obligatory bilingual education in order to stabilise the number of speakers. Nonetheless, the motivation of the Breton population, when establishing a language policy for Brittany, should not be overlooked. This means that both top-down and bottom-up perspectives should be pursued at the same time.